BJ Novak is known for his work on NBC’s nine-season hit series “The Office.” Almost a decade later, he is writing and directing his first feature film, the comedy thriller “Revengein which he also stars alongside Ashton Kutcher, Issa Ray, Boyd Holbrook, J. Smith-Cameron, Dove Cameron and a cameo by NPR’s “Fresh Air” host Terry Gross.

In the film, equal parts satirical comedy and brooding mystery, Novak plays the lead role, Ben Manalowitz, a self-absorbed New York journalist and podcaster who reluctantly travels to a small West Texas town for the funeral of a woman he casually dated. . He soon finds himself trying to solve the real cause of his death for his podcast show. As Ben embarks on a winding journey that turns dark and dangerous, he must contend with issues such as the impact of social media and the culture shock of the split between the Red State and the Blue State.

Novak has had a sprawling career in comedy, beginning as a stand-up comedian. Bob Saget saw one of Novak’s performances and hired him to write for his sitcom “Raising Dad.” Meanwhile, Novak has been set up at clubs to open for Saget.

But, he knew he wanted to write, become a director, and “I dreamed of being a late-night talk show host,” he recalls. “I was still a 22-year-old with exciting dreams.”

His stand-up routines landed him another television job. During an open mic, an MTV producer saw him and invited him to try being a prankster on the reality series “Punkbecause their lead actor, Dax Shepard had become too famous to continue, so “they needed a new guy”.

Novak improved on the audition and got the job. “It was the most exciting dream come true because…[to have] Ashton Kutcher whispers in your ear, tells you what to say to Missy Elliott in a Beverly Hills jewelry store, I’ve never been so dazzled and elated in my life,” he shares.

After nearly two decades, BJ Novak and Ashton Kutcher would team up in “Vengeance,” Kutcher as Quentin Sellers and Novak as Ben Manalowitz. Photo courtesy of Focus Features.

After a stint on MTV’s “Punk’d,” Novak returned to the stage. He was performing at the Improv when Greg Daniels – who was hired to create the American version of “The Office” – saw him. Daniels asked to meet him, and “we really had a wonderful conversation about ambition and acting, and I wanted to do whatever he wanted to do,” Novak said. “I would follow Greg Daniels into battle anywhere because that was the conversation I was waiting for.”

He landed a pivotal role in the NBC mockumentary “Officein which he wrote and played the sneaky Ryan Howard, the guy who set off the smoke detectors at Dunder Mifflin Paper Company. When they wrote this episode, writer Mike Schur joked that people would be screaming “Ryan lit the fire” for the rest of his life. To this day, Novak blackmails people in parking lots.

“So much so that it’s no surprise when it happens, I never feel anything but gratitude for it…because we thought it was a doomed little show,” he says.

The show was a remake of a British cult classic that used multi-camera shots to follow the routines of a group of office workers filled with ego clashes, inappropriate behavior and boredom. It became a huge hit in the United States and remained on the air for nine seasons, during which Novak also worked as one of its directors and executive producers.

He recalls that after spending so much time in close quarters, they became a family, and “families fight, families get tired of each other, families love each other, families miss each other, families are not separable”. However, it would be disrespectful of him to say that they were “all best friends”, who “always got along” and “these are just wonderful memories”. It’s mostly that, but I think it’s even better that it has texture.

And Novak and John Krasinski, who played Jim Halpert on the show, went to the same high school and they even played on the same Little League team.

“The fun thing about Krasinski in my life [is] that… he’s everywhere I go. Everywhere. Krasinski is more popular, more [successful] for the same,” jokes Novak. “But he’s not even an enemy. It’s like a friendly lifelong acquaintance. Which is not a good movie. It’s not a good story.

Novak was 24 when he started the show, and he’s still proud and grateful to have worked on it. “Being a part of that and having these jokes that were just random ideas humming to each other… those are things that people will be shouting at me on the street 10 years later. That’s the miracle of it. C can I take home,” he says.

After the show ended, Novak became a popular author, especially of the children’s book “The book without picturesand starred in such films as ‘Inglorious Basterds’ and ‘Saving Mr. Banks’. 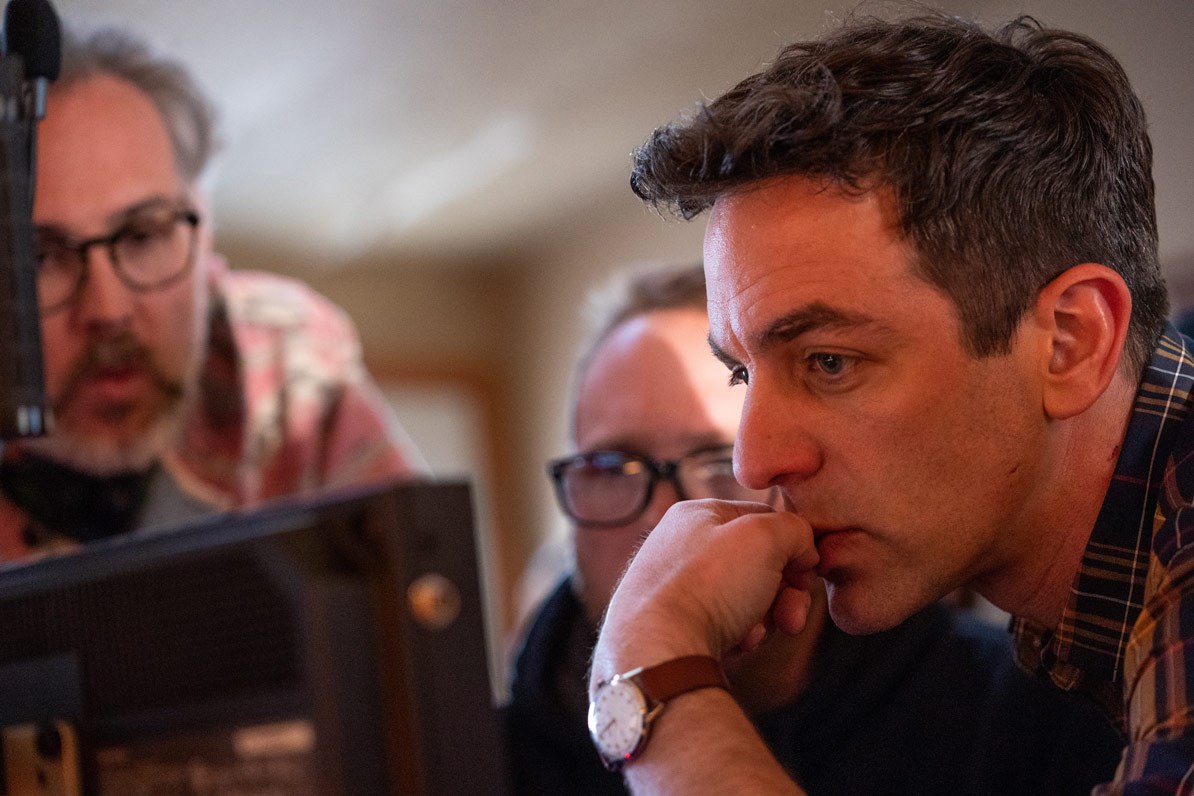 “When you realize someone has a bit of regret in their eyes…you can be very careful with an actor and see how you can capture that in a shot,” says ‘Vengeance’ director BJ Novak. Photo courtesy of Focus Features.

But Novak’s foray into directing took a different path. He tweeted, “‘The Purge’ is the best premise since ‘Jurassic Park,'” he said, and Couper Samuelson, one of Blumhouse’s top executives, saw it and said they should have lunch. They met and Novak launched “Vengeance”.

“I’m very grateful that this tweet is on their radar,” observes Novak, as Blumhouse took a total risk with the film.

He sent a script to Samuelson, who “loved it, but was tough on it”. And that’s what Novak wanted because Jason Blum’s model was, “We’ll never tell you what to do. We’ll tell you what we think you should do. It’s your film,” he says.

The first-time writer-turned-director is also starring in the film, and he’s thrilled to have other talent like Issa Rae. “To me, she’s one of the great producers of spirit, great creative business,” he says. “So just having him in the movie, as a co-star, was really humbling and special.” Rae plays Eloise, the producer of the fictional “American Radio Collective” podcast. 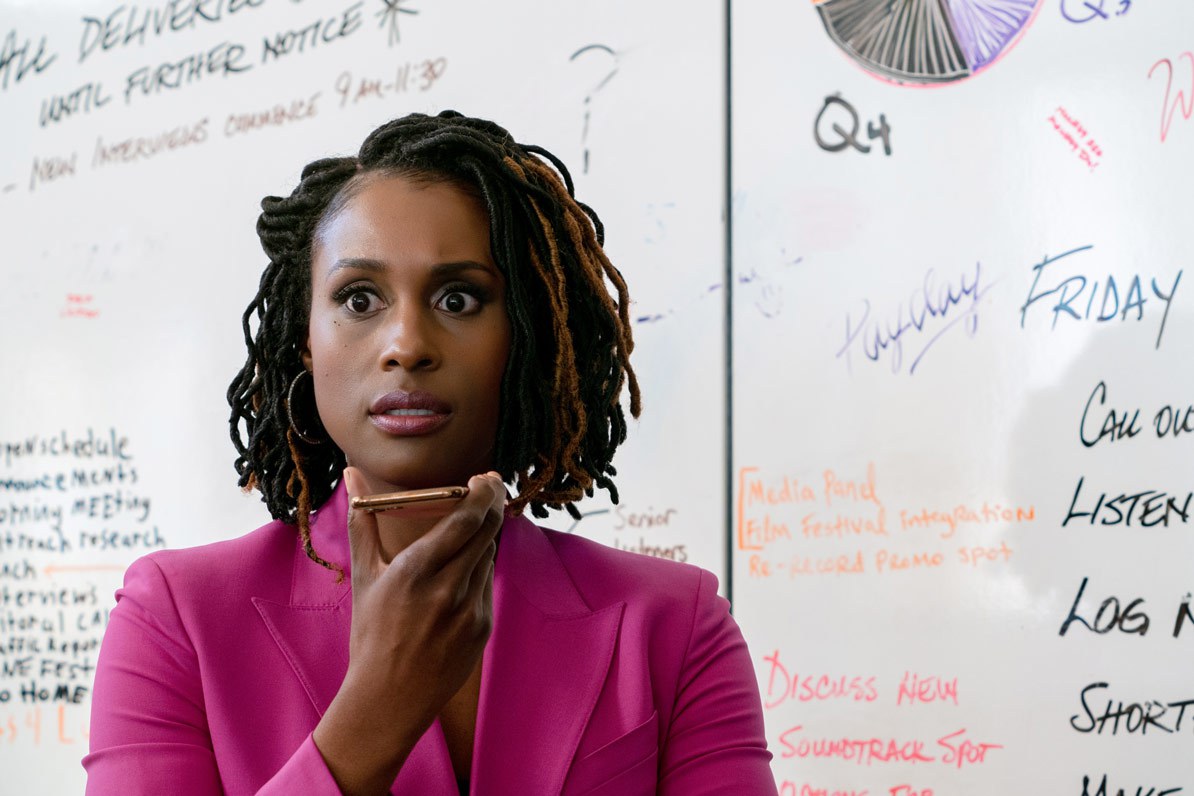 “I was so sure as a director when [Issa Rae] was here. I just wanted to impress her because she directs all the shows, and this is my first film directing,” says BJ Novak. Photo courtesy of Focus Features.

Novak also invited “Fresh Air” host Terry Gross to play Robin Dylan, the voice of a podcast queen. He says he was on Gross’ show while he was working on “Vengeance” and when they finished the interview he said he had a role for her. “She was so confused and surprised,” he recalled, and even though she’s just a voice, “it’s huge for my character when she calls and likes what he’s working on.”

Novak went behind the camera and shot three out of five weeks when COVID close production in March 2022. They were able to return and Novak finalized filming.

Focus Features will release “Vengeance” in theaters on July 29.