Jhis letter was written on April 3, 2020 by Kevin Captain, then acting Director of Public Information. Why this matters is contained in the story below. Headline Surfer is preparing a follow-up story that should trigger a personal decision – either the resignation or the firing of the author, Kevin Captain.

DELAND, Fla. — Headline Surfer made it clear in writing to senior Volusia County administrators on Friday that it wanted no further contact from its public relations flak.

Headline Surfer was furious that his inquiries directly with Kevin Captain, the Director of Community Information regarding concerns he had about notifying the media of the cameras in the courtroom, led to not one, but a two blistering attacks by Captain’s employee Gary Davidson on Headline Surfer’s messenger on Facebook and then again in an email message.

Headline Surfer made it clear to Davidson that he did not direct his demands to him, but to his boss and Davidson was later blocked on Facebook.

Headline Surfer sent a second directive to the captain after receiving the unsolicited email from Davidson stating that he was out of order and that his actions were considered harassment and if Davidson were to persist with a third attack, Headline Surfer would file a criminal complaint to Lake Mary. Police Department, because that’s where the online news site operates.

Headline Surfer later that day found a text message on her phone from Davidson from the previous Sunday that began, “What’s your problem Henry?”

Headline Surfer wrote an official directive Friday night to Volusia County Executive George Recktenwald and County Attorney Mike Dyer and copied to the captain that Headline Surfer wanted no further contact with Volusia County Community Information and that he would not was more interested in receiving his press releases which have little or no news value, to begin with.

Volusia County is well aware of Headline Surfer’s past relationship with Captain after he sent a certified letter to Headline Surfer in April 2020, informing the outlet that his long-standing annual publicity contract was not being renewed when it expired in July.

It was at the height of the global pandemic and Captain wrote that with the necessary pandemic funding, Headline Surfer.

The captain wrote in part that in light of the current economic and emergency conditions, Volusia County is assessing its advertising needs, and as such, regrets to inform you that upon the expiration of the agreement period ending June 30, 2020, the county will not renew the agreement. 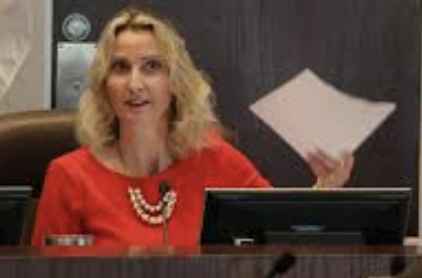 The captain’s letter was a complete lie. Headline Surfer learned from numerous news reports that it was orchestrated by County Councilwoman Heather Post (pictured here), which was confirmed by hundreds of pages of documents showing as early as January Post had requested information about business dealings from Headline Surfer with county by captain and with Recktenwald.

County officials knew that the publisher of Headline Surfer was dealing with serious health issues related to a torn aneurysm in her heart and that Post had made this known. award for Headline Surfer’s stories about her being truthful in telling voters during her 2016 campaign for county office that she never used illicit drugs – namely cocaine and marijuana before her abortive career in the ‘law application.

Headline Surfer’s Post story with public documents from her personal file that prove she lied was published on July 29, 2020, “The Investigative Reporting Project puts ex-MP turned politician Heather Post in The Sunshine: She blatantly lied to voters about past use of illegal narcotics to win 2016 election.”

Podt won re-election to her seat in 2018 because the campaign challenger was not engaged in a debate with Post.

The story was honored with a 2020 Journalism Award from the Florida Press Club.

Headline Surfer has also had difficulty dealing with Davidson before.

On January 2, 2017, Headline Surfer attended the swearing-in of Mike Chitwood as the new sheriff succeeding Ben Johnson who decided not to run for a fifth four-year term. When Headline Surfer attempted to enter Bethune-Cookman University’s meeting room for Chitwood’s first press conference, it was Davidson who continued as a remnant under Chitwood that the online media was banned from. the press conference. No reason was given except that it was about Chitwoo’s wishes.

Then Headline Surfer learned that Chitwood had written down his edict for his other PIO, Andrew Gant, that Headline Surfer was not a real journalist and was just a blogger – no media edits via email , no invites to VCSO press conferences.

It was revenge from Chitwood who resented one of his commanding officers who had been promoted to captain despite Headline Surfer’s award-winning story that Chitwood’s promotion ignored the fact that he had a long history of alleged harassment against two lesbian cops.

Ironically, less than three weeks after Chitwood took over as sheriff, he was pulled over on the LPGA in Ormond Beach for speeding by a patrol deputy who didn’t know who he was until the lights and the sirens are activated.

Like Post, Chitwood’s veracity has been questioned by a media outlet that has dared to do actual reporting, and last year Headline Surfer won another journalism award for its comprehensive examination of public records and the creation of sources to show that Chitwood lied to the public about the circumstances of his speeding. Chitwood was actually clocked 30 miles over the speed limit, which constitutes reckless driving. In more than two dozen speeding ticket stories, Chitwood was the sole source of reporting. 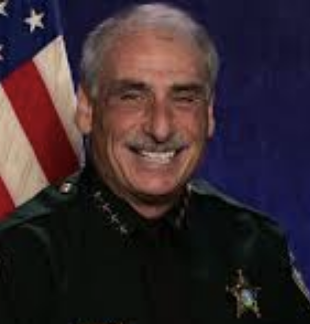 Like Post, Chitwood’s veracity has been questioned by a media outlet that has dared to do actual reporting, and last year Headline Surfer won another journalism award for its comprehensive examination of public records and the creation of sources to show that Chitwood lied to the public about the circumstances of his speeding. Chitwood was actually clocked 30 miles over the speed limit, which constitutes reckless driving. In more than two dozen speeding ticket stories, Chitwood was the sole source of reporting.

Published June 5, 2019, Special Report: How Safe Are We in East Central Florida? showed Chitwood’s dishonesty as sheriff, but also his lackluster leadership as chief of police in Daytona over the previous 11 years in the fight against violent crime.

Regarding Headline Surfer’s concerns about camera pools and inclusion in his media coverage with a recent first appearance where he was not told of the murders charged in the shooting murder of an elderly Ponce woman Inlet, Headline Surfer spoke at length with Court Administrator Mark Weinberg and Chief Justice Jim Clayton over the phone and all parties agreed to take care of certain matters.

About the author of the signature: Henry Frederick is a working press member and publisher of Headline Surfer, the award-winning 24/7 Internet media outlet launched in 2008, serving the greater Daytona Beach, Sanford and Orlando area from Lake Mary, Florida via HeadlineSurfer.com. Frederick has amassed nearly 150 award-winning signatures in print and online. He earned his Master of Arts in New Media Journalism from Full Sail University in 2019. He was a breaking news reporter (subway cops and courts) for the Daytona Beach News-Journal for nearly a decade. And before that, the same beat worked for The Journal-News/Gannett Suburban Newspapers in Rockland/Westchester Counties, NY, dating back to 1989. Having witnessed the execution of serial killer Aileen Wuornos in the bedroom of the death from Florida and covering other high-profile cases, Frederick appeared on national crime documentary shows on Discovery ID, Reelz and the Oxygen Network series “Snapped” for his analysis. • Award-Winning Journalism: The Florida Press Club recognizes Headline Surfer for nine articles in the 2020 statewide contest. • Award-winning journalism by Henry Frederick.