Muneeza Shamsie is one of Pakistan’s indomitable writers. She is an eminent critic, bibliographer, literary journalist and well-known publisher. She comes from a long line of activists, authors and scholars whose roots go back to colonial India. His mother, Jahanara Habibullah (1915-2003), published her memoirs first in English translation, then in the original Urdu under the title “Zindagi ki Yadein: Riyasat Rampur ka Nawabi”. The famous feminist and writer Attia Hosain (1913-1998) was her aunt. Shamsie’s grandmother in Lucknow, feminist and activist Begum Inam Fatima Habibullah, was the author of a travelogue ‘Tassuraat-e-Safar-e-Europe’ about her trip to Britain in 1924.
The family’s literary tradition continues to this day, culminating in the emergence of Kamila Shamsie as one of the world’s leading authors and globally recognized faces. “Hybrid Tapestries: The Development of Pakistani Literature in English” by Muneeza Shamsie is considered the most important work on the development of Pakistani literature in English. She contributes regularly to prestigious journals, including “Dawn” and “Herald”, and contributes as a bibliographic representative for “The Journal of Commonwealth Literature”. Ask her about the family tradition beginning with Attia Hosain peaking with worldwide recognition of Kamila Shamsie’s works and she is quick to point out that she views Kamila’s work as a mother rather than a critic. That’s why in her book “Hybrid Tapestries” she asked someone else to write the section on Kamila. “However, I wrote a nepotistic memoir and a critical essay on ‘Sunlight and Salt: The Literary Landscapes of a Divided Family’, in which I wrote about the division of my family into three – between India, Pakistan and Britain at Independence, and examined the connections and differences between the Partition novels, Hosain’s “Sunlight on a Broken Column” (1961) and Kamila’s “Salt and Saffron (2000)” .

In a larger context, Shamsie sees their respective careers as reflections of the trajectory of South Asian English literature. Attia Hosain, she says, grew up in Lucknow and started writing English fiction in undivided India at a time when there were only a handful of English-speaking fiction writers in the subcontinent. , such as RK Narayan, Raja Rao, Ahmed Ali and Mulk Raj Anand. . “She had to work through many stylistic and linguistic issues to convey the true experience of her culture, gender and language in English. As such, her fiction made an important contribution to South Asian English writing and Diaspora writing: she moved to Britain with her family in 1946. She subsequently published two works of fiction , a collection of stories, ‘Phoenix Fled’ and a novel ‘Sunlight on a Broken Column’ (1961). Both books were well received, but did not reach a wide English-speaking readership, because at that At the time, the concept of “English literature” was confined to the traditional Anglo-American standard, says Shamsie.

The proliferation of South Asian English literature during the 1960s saw a new and inclusive literary discourse that asserted that English-speaking literature from the Commonwealth and previously colonized countries was equal to any. “Then there was the influence of the feminist movement, the civil rights movement in America, and the voices of increasingly assertive migrant communities in the West. In the late 1970s and 1980s, the writings of South Asian writers began to reach a much wider global audience. This included new post-independence writers living in India, Pakistan and Bangladesh as well as writers from the diaspora,” says Shamsie. As a result, new editions of Hosain’s two books were published by Virago Press in 1988, with an introduction by Anita Desai.Continued interest in Hosain’s work led to a selection of his published and unpublished writings in “The Distant Traveller” ( 2013), which was published on the occasion of its centenary. The Virago 2021 editions of “Phoenix Fled” and “Sunlight on a Broken Column” have introductions by Kamila Shamsie, whose trajectory was very different from that of H osain. She was born and raised in Karachi and has often said that she grew up “with a constantly typing mother” (as a freelance journalist and literary critic) and gave her free access to contemporary novels in her library. During family trips to London, she met Hosain, who showed great interest in the fact that Kamila had decided at a young age that she wanted to be a writer. However, Hosain did not live long enough to see Kamila publish her first book. Kamila studied creative writing in America and her Masters of Fine Arts thesis became her first novel, “In the City by the Sea” (1998).

Meanwhile, Pakistani fiction in English had begun to gain increasing international attention since the 1980s. This included the novels of Hanif Kureishi, Bapsi Sidhwa, Adam Zameenzad, Nadeem Aslam, the creative memoirs of Sara Suleri and Aamer Hussein’s short fiction. Kamila added to this a significant new young voice. She was soon joined, at the turn of the millennium, by a dynamic group of talented and award-winning young contemporaries, including Mohsin Hamid and Uzma Aslam Khan. Along with Kamila, they would take Pakistani English fiction to new heights, as would the growing number of writers, who continued to emerge in rapid succession, earning critical acclaim. They include novelists Mohammed Hanif, Musharraf Ali Farooqi, HM Naqvi and Daniyal Mueenuddin. Over the years, Kamila has continued to develop as a novelist, expanding her literary horizons and tackling a wide range of issues in each of her seven novels: her eighth, “Best of Friends”, comes out in 2022. novels have found new readers. after being translated into several languages. 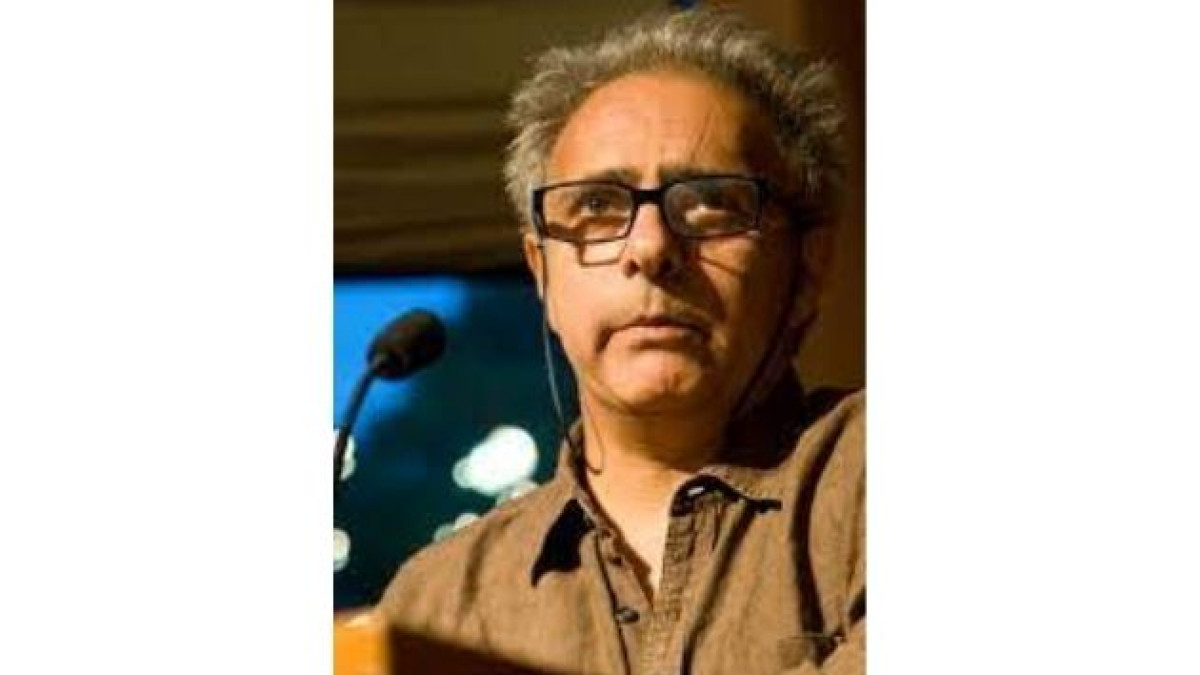 Muneeza is considered an authority on Pakistani-English literature and her contribution to the promotion of Pakistani-English literature has been immense. She finds the recent literature of English-speaking Pakistani writers very optimistic. It’s a brave new world for the Pakistani English novel. “It seems to be getting better and better. The growing number of award-winning Pakistani English writers is not limited to fiction writers, it also includes playwrights such as Hanif Kureishi, Rukhsana Ahmad and Ayad Akhtar and poets ranging from Moniza Alvi, Imtiaz Dharker, Zaffar Kunial and Shadab Zeest Hashmi says Muneeza. Due to the ease of travel, the internet and global trajectories, the sharp lines of demarcation between the diaspora and the resident Pakistani English writers have blurred, which, in turn, gives Pakistani English literature a much wider reach. wider. “It is no longer the literature of the elite confined to the sub-continent, but includes writings by English-speaking diaspora migrants from many walks of life,” she says.

Although poetry is the oldest form of literature, since the Victorian era the novel has replaced it as the dominant genre in Western literature. Pakistani English novel has received worldwide recognition and praise but Pakistani English poetry could not receive such acceptance and recognition even though the country has produced great poets in Urdu and other languages. “English-speaking fiction is more widely read than poetry anyway…and Urdu poetry has the great advantage of having a strong oral tradition, so it reaches millions of people unlike English poetry,” says Muneeza, adding that contemporary Pakistani English poetry has developed a lot. before fiction. During the 1960s and early 1970s Taufiq Rafat, Kaleem Omar, Adrian Hussein, Maki Kureishi and Salman Tariq Kureishi and others forged a new voice in Pakistani English literature. But, at that time, creative writing in English was mired in a nationalistic debate as many people felt it was no longer “relevant” since English was a colonial language and the settlers had left.

Of course, a lot has changed since then. In recent years, the Patras Bokhari Prize has been awarded to poets residing in Pakistan such as Athar Tahir and Ejaz Rahim. Tahir’s award-winning collection, “The Last Tea”, is written entirely in haiku. Tahir is one of the contemporary Pakistani English poets who explore and employ different poetic forms in a contemporary context. American-based Adrian Hussein and Anis Shivani experimented with the sonnet form. Another American poet, Shadab Zeest Hashmi, who frequents Pakistan, writes ghazals and qasidas in English. So, actually, there’s a lot going on. There are also collections on the score by Waqas Khwaja and Moniza Alvi. Alvi and Dharker, the Lahore-born expatriate poets, are now major figures in traditional British poetry; Dharker is the only poet of South Asian descent to win the prestigious Queen’s Medal for Poetry in Britain. “I think the limited public response to Pakistani poetry in English could be corrected if more publishers were willing to publish and promote Pakistani poetry in English. They don’t because there aren’t enough readers. So it’s a vicious circle,” says Muneeza.

Pakistani English literature is considered a subdivision of postcolonial literature. Like any other regional literature around the world, its main purpose was to represent local culture and indigenous stories. But things are not so simple because globalization has completely changed the relationship between people of different nations and cultures. “I was very skeptical of this idea of ​​’pure local representation’ and my argument is that contemporary Pakistani English literature has crossed national borders and identity barriers and does not or cannot truly represent an aesthetic purely native. There is a difference between literature and propaganda and I’m not sure what the term ‘indigenous aesthetic’ implies or who defines such a category,” says Muneeza. 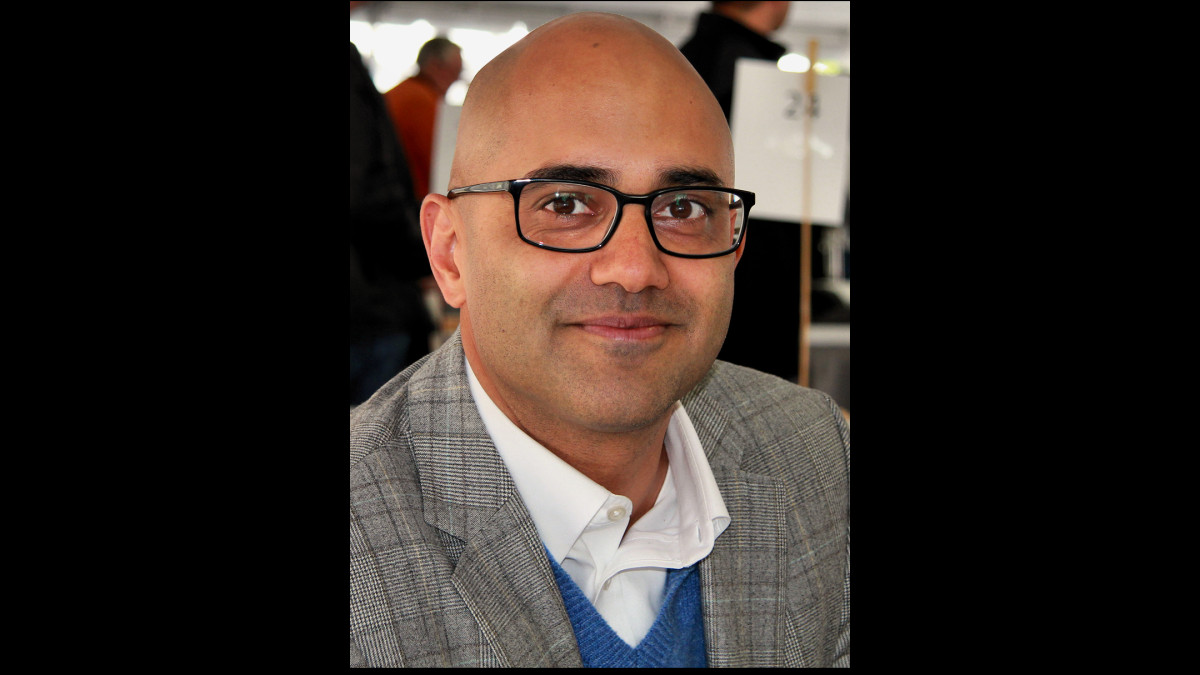 The issue of indigenous aesthetics, says Muneeza, brings critical narrative back to narrative around a ‘Pakistani idiom’, which was very popular in the 1960s. Pakistani English poets to express the experience of their homeland, instead of trying to imitate 19th century British writers. But the problem was that this discourse on idiom excluded Pakistani writers who wrote about experiences other than “ethnic” and so we ended up marginalizing Zulfikar Ghose, not to mention Pakistan-based writers whose work had a more wide,” says Muneeza.

Years later, of course, even Rafat, a leading figure in the “idiom” discourse, agreed that “indigenous aesthetics” had their limits. “Everything has its time and place. I don’t think literature can be reduced to classifications such as ‘indigenous aesthetics’ or even those that ‘cross the barriers of identity and nationality’, which seems to me a rather uncertain expression,” says Muneeza, optimistic about Pakistani writing in English. branching out into different literary genres and reaching a wider audience in Pakistan through translations into Urdu and other local languages.

(Aurangzeb Wattoo is a poet, columnist, critic and editor of The Prelude. He can be contacted at [email protected])