Trending
British-Nigerian author Nikki May’s debut book “Wahala”, which means trouble in Nigerian, was released in January 2022 and has become a huge hit with readers. So much so that the book will now be adapted into a television series. In this interview with us, author Nikki May tells us more about writing ‘Wahala’, the pressure to have a bestselling first book, her upcoming novel ‘Brown Girl In The Ring’, her books and authors. favorites, and more. Excerpts from the exclusive interview:

1. Tell us about your first book “Wahala” and how did you find the story?
My first novel ‘Wahala’, which means trouble, and other people have compared it to ‘Sex and the City’ but I think it’s a bit more diverse than it. ‘Wahala’ is a modern take on friendship, family and culture and it’s underpinned by a rather epic revenge twist. It centers on three friends in their thirties who live in London and who, like me, share a Nigerian-British heritage.

So there’s Ronke – she’s a dentist, she’s dating Kayode, and she desperately wants him to be “the one.” She wants happily ever after, 2.2 kids and a nice house. His friends aren’t sure Kayode is the right guy. Then there’s Boo – she’s got everything Ronke wants. A nice husband, she has a beautiful daughter, she has a beautiful house, a great job. But Boo isn’t happy with her life – she’s frustrated with it and she wants more, but she doesn’t know what more it is. Simi is the golden girl – she works in fashion, her life seems perfect on the surface. But Simi knows how to keep secrets very well. So no one realizes that she’s crippled by impostor syndrome. Her husband thinks they are trying to have a baby; Simi is not. So when the wealthy and glamorous Isobel explodes into this group, at first it seems like she brings the best of friends, but Isobel is a wrecking ball and she causes all the Wahala, trouble, propels the narrative to a twist shocking at the end.

I had this idea after a long, noisy lunch with friends at a Nigerian restaurant in London. In fact, the opening scene of the book is quite similar to that lunch at that restaurant, except there was no Isobel. As I walked home, out of my Nigerian self and into my English self, I started thinking about how these two cultures live inside me and sometimes they both collide. And that’s how the story began. 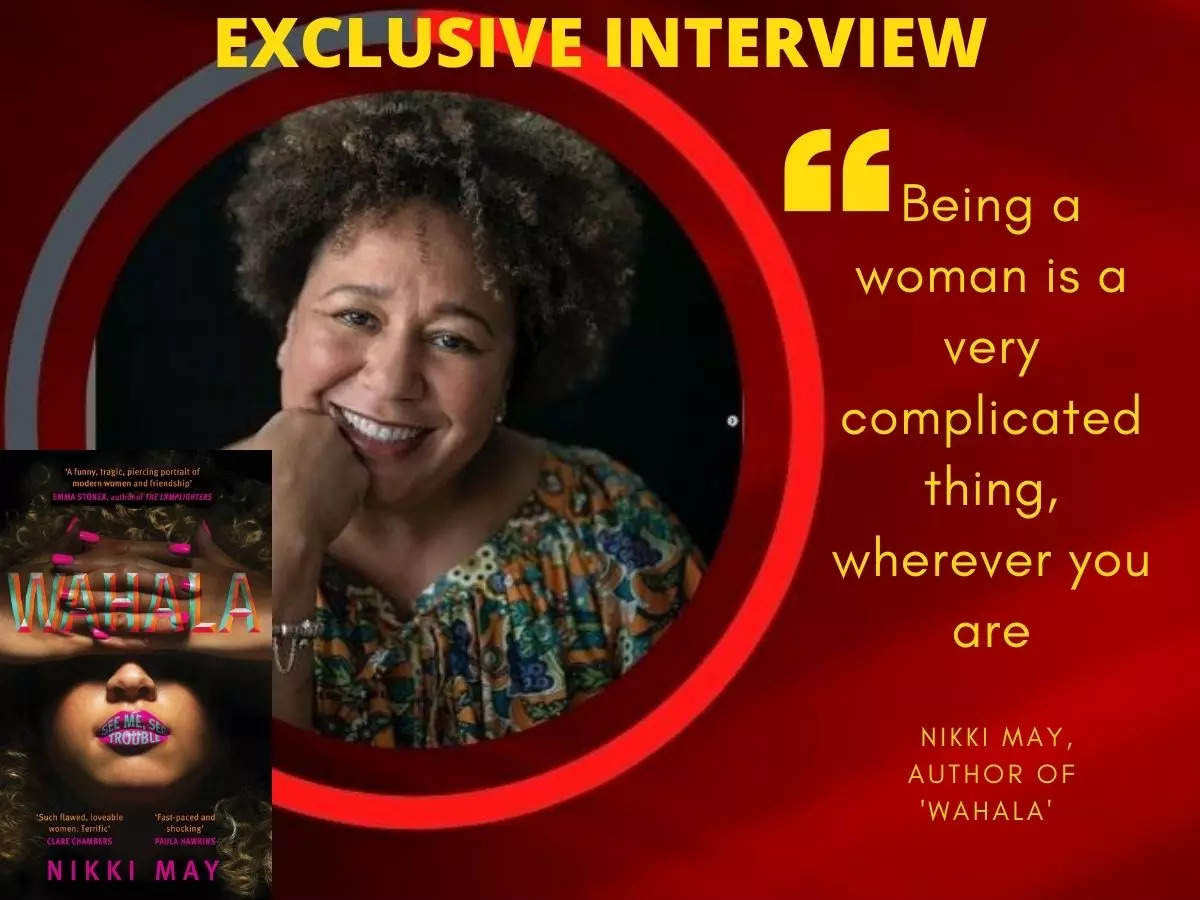 2. The main characters in your novel are Anglo-Nigerian and they all feel the grass is greener on the other side, which is relevant for women of all cultures. So how did you come up with the characters – are they inspired by people you know in real life?
I think being a woman is a very complicated thing, wherever you are. So I really like your idea that history is related to women across cultures. As a woman, people have opinions about your hair, your body, your career, your relationship status, even your reproductive organs – that’s typical. But I think when you’re mixed race or come from a different culture, those issues can be even more pronounced. For example, in the book, Ronke is 30 and unmarried. In the West, this is not a big problem; in Nigeria it is!

Then you have Simi who doesn’t want kids. In the West, people question the idea that women don’t want children; in Nigeria, people would think you are barren, crazy or cursed, or all three! So I think when you have a mixed culture, these issues become more complicated, stressful, and harder to push through. It gave me the inspiration on how to make this story slightly different from the others because I think women all over the world are struggling with issues, that (being mixed race) is like an extra layer of pressure on my characters.

The book is not autobiographical; I’m not like Isobel! (jokes) But I borrowed things from my life, from my friends and in general. I think a lot of fiction is like that. So I dropped out of medical school and my dad was horrified! I then joined an advertising agency and it took my father years to get used to it. It was a very difficult part of my life. I remember feeling ashamed and embarrassed, like a failure. I think it’s similar in India – education is seen as the most important thing. A degree is not enough, you need a masters and a doctorate and it shouldn’t be in arts but in an appropriate subject like accounting, law or medicine. So that’s something I borrowed from people I know in this book. 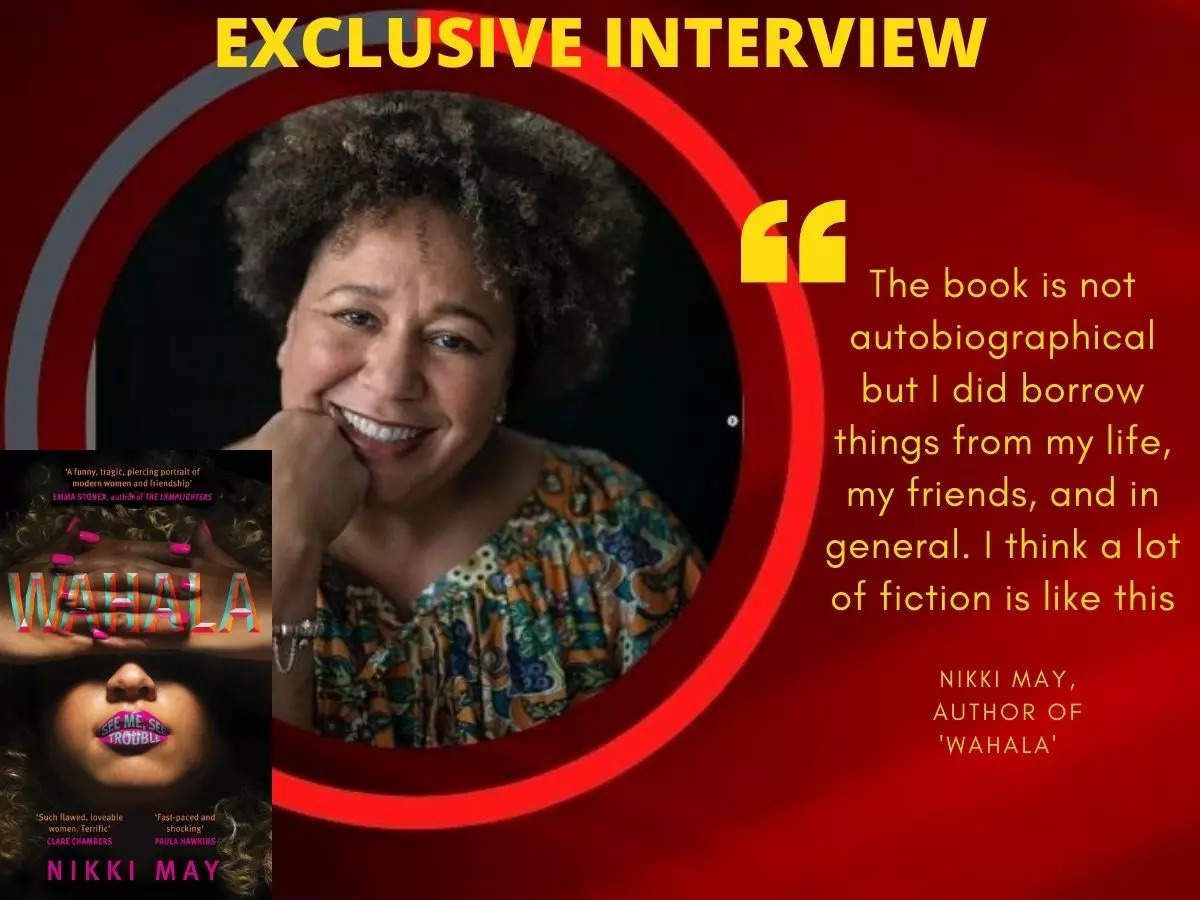 3. Which character do you most identify with in your book “Wahala” and why?
I think it’s Simi. The funny thing is, everyone wants to be Ronke, the nice girl. But if I’m honest, I think writing Simi was difficult because it felt like self-analysis. The impostor syndrome, the shame of having dropped out of school, wearing a happy and confident veneer… I went through all of that.

4. So, was writing also a cathartic process for you in some way?
In a way… It was also a difficult process because I had to think about issues that I hadn’t given much thought to. For example, colorism and racism, there is always some but I never sat down and thought about it earlier. Also, for example, another thing I borrowed was Ronke’s white maternal grandparents who wanted nothing to do with her. My maternal grandparents were very similar. They never had anything to do with me or my siblings; growing up, I never thought about it much. You don’t miss something you don’t know. But writing the book made me think and wonder about it. So, bits were cathartic, and bits made me think… Writing a book is also very difficult!

5. Your book ‘Wahala’ has been compared to ‘Big Little Lies’ and ‘Sex and the City’. And this is your first book! Does that put a lot of pressure on you as a writer, especially when you’re writing your next book?
It’s not a little pressure but a lot of pressure! (laughs) There are enormous and sometimes overwhelming expectations… One quality that most writers have is self-doubt. So you sit and think “Really, people will read and find out that this isn’t as good as they think it is?”…

And then there is also the pressure of book two! Writing book two is more difficult because you are writing book one for yourself. But for the second book, I have a deadline and a waiting weight because of my first book. So be careful what you wish for – it can add an extra layer of pressure! 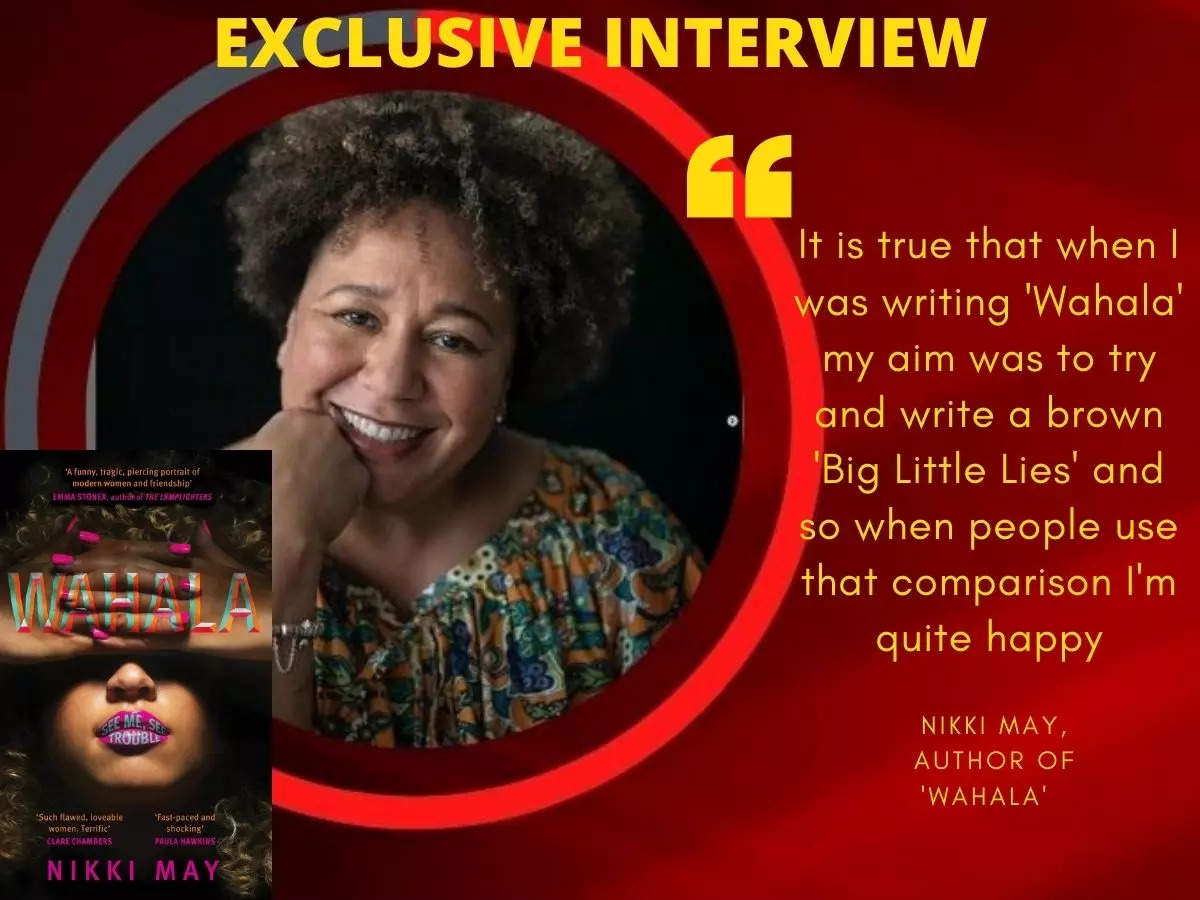 6. “Wahala” is being made into a TV series. Tell us a bit more.
So ‘Wahala’ is being made into a TV series by the BBC and it’s the most exciting thing that’s ever happened to me in my life… I’m not involved in the TV series but they’re very collaborative. So they keep me informed; I’ll see the script but I don’t make the decisions. But in a way, I’m happy with that – first of all, writing a book is hard and I can’t even imagine writing a screenplay…

I actually like the book-to-screen process. I don’t have to do anything because I’ve already done my job writing the book. It will take me a while to believe when I see the credits ‘Based on a novel by Nikki May’ on the screen! Also, if it’s terrible, I can say “It’s not my fault” and if it’s wonderful, I can say “It’s all up to me!” (jokes)

7. Do you plan to write a sequel to ‘Wahala’?
Well never say never but I think ‘Wahala’ is over. So my second book is completely different but there are people like me (of mixed race) in it. I think it’s good to be reflected in his writings.

8. Would you like to tell us about your next book?
I wrote the first draft. My next book is called “Brown Girl In The Ring”. The protagonist is a brunette girl from Lagos. I put it where I grew up because I think it’s easier to write about things I know. So she lives in the house I grew up in when I was there. She is happy to live a good life. Then something terrible happens and she has to come and live in England with her English family in a house called “The Ring”. And hence the name of the book, “Brown Girl in a Ring”. Obviously, this is going to run into class and prejudice, because the truth is that as soon as you have a character of color, you have to run into these issues. But pieces of the story take place in Nigeria, pieces in London; we start when she is 10 years old and it continues for another 25 years. His heart is a story of friendship, love and coming of age.

2. “The Stranding” by Kate Sawyer

3. “Big Little Lies” by Liane Moriarty. Admittedly when I was writing ‘Wahala’ my goal was to try to write a brown ‘Big Little Lies’ and so when people use that comparison I’m pretty happy

4. “How to Kidnap the Rich” by Rahul Raina

5. “The Mysterious Case of Styles” by Agatha Christie

10. And finally, how will you complete the sentence “I write because…”
Because I have to. I think I have always written. This is my first attempt at writing fiction but I was writing poetry when I was a teenager, I still write. I think writing is my way of getting things out of my head and dealing with them.

So I think I write because I have to and I still write. Getting published is just the icing on the cake and not the reason I’m doing it.